Soaring Complements
This quilt was started way too many years ago.  The top was completed in a weekend and has sat there waiting for quilting ever since.  Actually, this was the quilt that made me realize that my piecing skills had developed quite a bit but my quilting skills hadn't (I pretty much only did stitch in the ditch and a few weak hearted attempts at stippling at this point)  So that weekend became the point where I started learning how to quilt so I could actually finish this one. 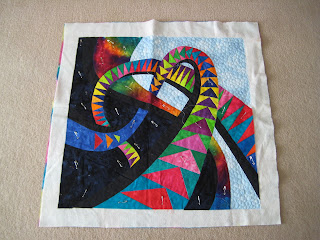 Nearly Insane
Another quilt that has been basted for a year or two waiting for quilting inspiration.  I've made a decision! and now it's time to get quilting. 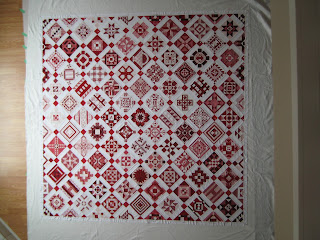 Black, Green, Red Table Runner
This one was a cute little kit that I bought a number of years ago.  Again basted and waiting for quilting inspiration to strike.  This one has orange seed quilting in the squares and I'm trying to figure out what to do in the borders and centre. 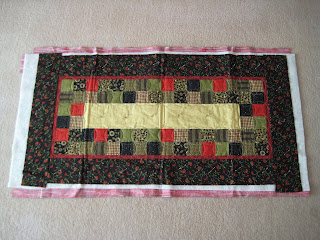 Blue Dancers
Another quilt that is basted and ready for quilting.  (Yes, there really are no surprises as to where my quilts get stuck). 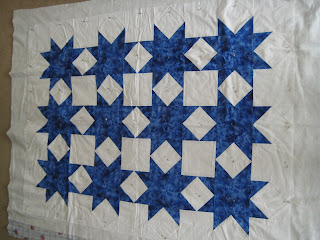 Wool Candle Mat
I've been so good with sticking to finishing projects lately, but I really really wanted to start a new project.  This UFO to the rescue!  This kit was purchased years ago but never started.  So I get to take it off the UFO list but it feels like starting a new project.  Double bonus! 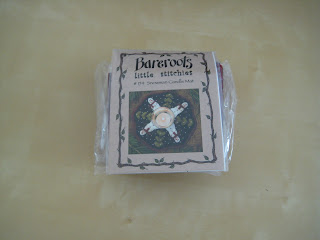 Teeny Tiny Blue Tuesday
This is another quilt started ages ago.  Though at least this one isn't basted and waiting for quilting. :)  This one needs the borders and then it's ready for quilting... 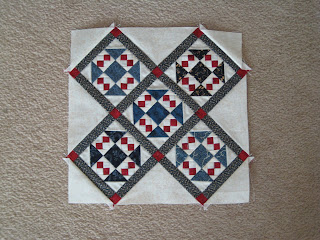 The Circle Game
Once again, this one is a bonus project.  I don't expect I'll finish it, so it doesn't count for the FAL.  I would like to get the top pieced and ready for quilting. 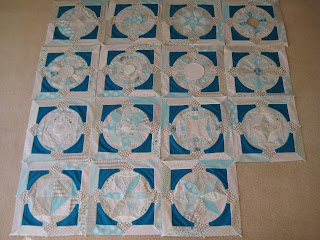 Valkommen
And this will be another bonus project.  I'd like to finish the embroidery on this one but I have no idea on framing/finishing, so it won't be 100% done. 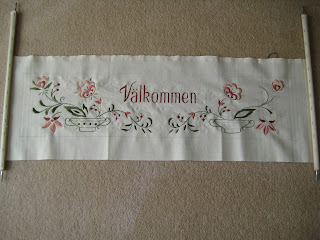 If you'd like to see what others are focusing on this quarter - check out the 2016 FAL link-up.
Posted by Maker Joy at 12:05

Maker Joy
Hi, my name is Catherine. Thanks for popping into my little corner of the internets. I love to spend any spare moment I can creating and think Granny Crafts of all sorts are the best. Lately more and more of my time has been spent at the sewing machine.